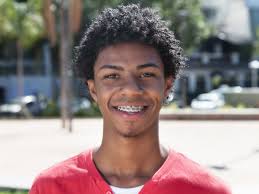 One of the main questions we get atSpannhake Orthodonticsis, “Do Braces Hurt?” We are here to ease your fear and let you know that braces are nothing to be scared of! You may feel some mild discomfort and soreness while your mouth is adjusting the first few days, but nothing extreme.

Having minor tooth soreness is typical the first few days after getting braces put on. Many ...[more]

Did you know thatInvisalign for teensis becoming more and more popular every day? Many people make the assumption that Invisalign is only an option for adults who want to straighten their teeth in a discreet way. Despite common belief, Invisalign is actually a great treatment option for people of all ages – even teens!

WhenInvisalignmade it’s first appearance in the orthodontic field in 1998, there were many ...[more]

Take A Pizza My Heart

Published on September 18, 2018
National Pepperoni Pizza Day
Thursday, September 20th
According to legend, Raffaele Esposito created the first pizza in 1889 in honor of the Queen of Italy, Margherita of Savoy. A pizza topped with tomatoes, basil, and mozzarella represented the colors of the Italian flag was aptly named Pizza Margherita.
While pizza might be most heavily associated with the Italians, pepperoni pizza is purely American. Served...[more]

Published on September 12, 2018
We all know someone who has a friend who has a brother who knows a guy that had braces...so the story must be true.
There are a lot of myths about orthodontics and getting braces, some of which have been told so many times, by so many different people, they are now believed to be the truth. Well...guess what? Even if you know the guy who has the brother who has the friend...the story is most likely an Urb...[more]

Published on August 21, 2018
We are all familiar with what happens when a child loses a tooth. The child places the tooth under their pillow when they go to bed that night, and while they sleep, the Tooth Fairy comes to collect the tooth leaving money or a small gift in exchange.
Have you ever wondered why the Tooth Fairy does this? What is her motivation? Why has she dedicated her life to the pursuit of good oral hygiene?
Wonder no more…Span...[more]
prev12345678910111213141516next